August in Zante is unbelievably a bit more mental than July! This is because August is when coach loads of Italians, Serbians and Israeli’s turn up in Laganas to make the bars and clubs of the resort even more chaotic.

The good news (we think) is that their reps will organise their own events, so the big Zante events will still be mostly 18-30 year olds from the UK. It’s now as hot in Zante as it gets, there won’t be a cloud in the sky and the nightlife area of Laganas will be complete bedlam.

Unlike tourists from the UK, other nationalities don’t as a general rule like to drink in the bars or clubs so will purchase alcohol from supermarkets and wander up and down the Strip. August is the month when you might get stung 5 euro to get in a night club is the bad news. The good news is the Zante event and party scene is in full swing so read on to find out what’s on and when. 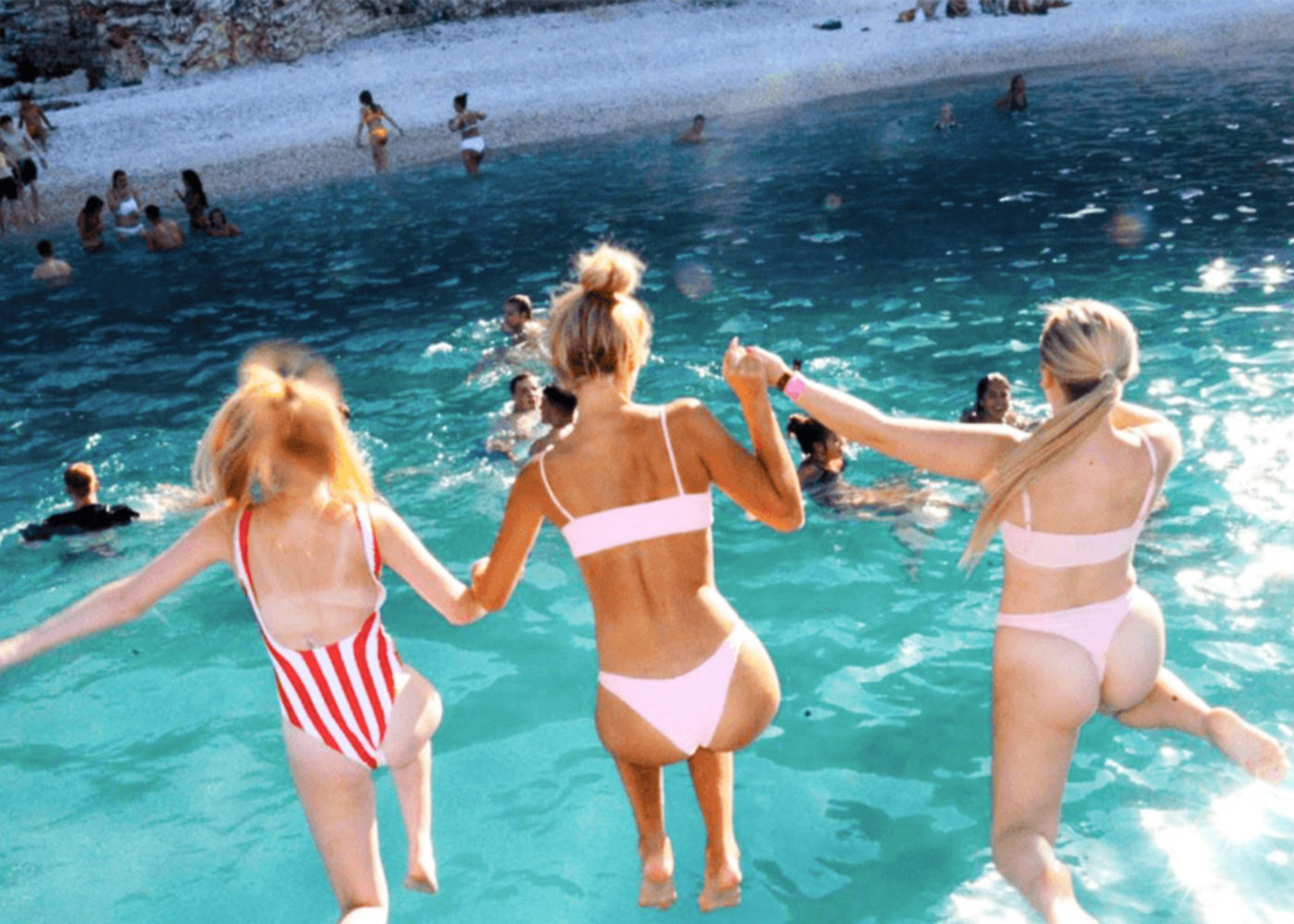 The reason why is quite simple really – VVIP Zante have exclusive access to the best boat available in the Zante Harbour – the super yacht ‘Ikaros Palace‘. With three decks, two dance floors, two bars, a VIP seating area, a massive sound system, DJ’s like Nathan Dawe dropping bangers and live MC’s, the evening is shaping up to be pretty spectacular before you even step onboard.

There will be other boat party’s and booze cruises running in Zante in August, however you will have epically failed if you don’t get a ticket for VVIP, it’s in a completely different league. Visit the following page for real feedback on social media, quite a few people describe it as the best night of their life, so you definitely want to find out why. Zante Boat Party Reviews 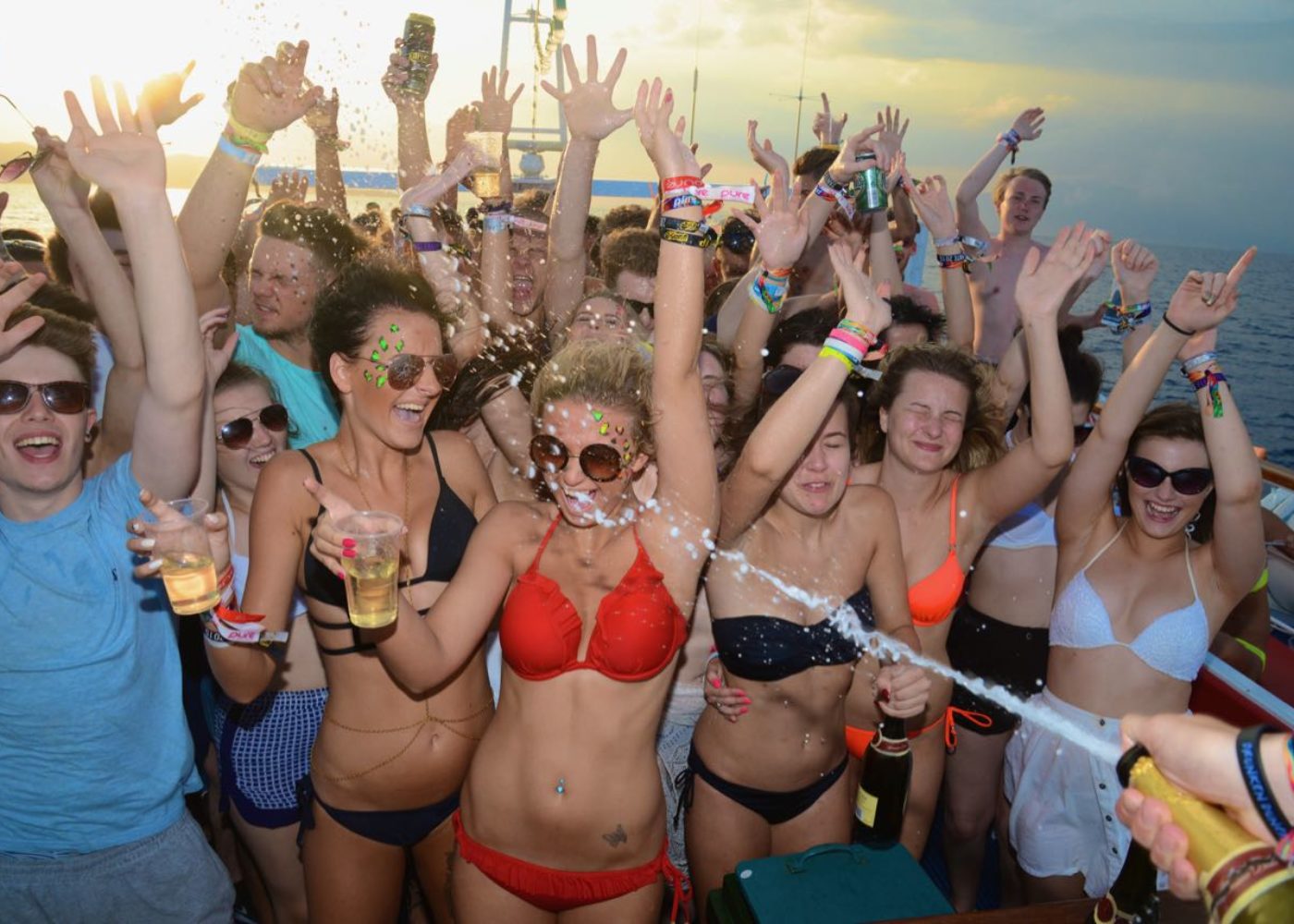 Champagne is complementary when you embark and numerous shot girls armed with Grey Goose and Belvedere go round livening up the crowd throughout the evening.

VVIP set sail at 5pm into the Zante sunset to a gorgeous private island for a swim stop (optional), champagne spray beach party and general splash about. The size of the boat means everyone can hit the dance floors and time after time this boat party goes OFF. 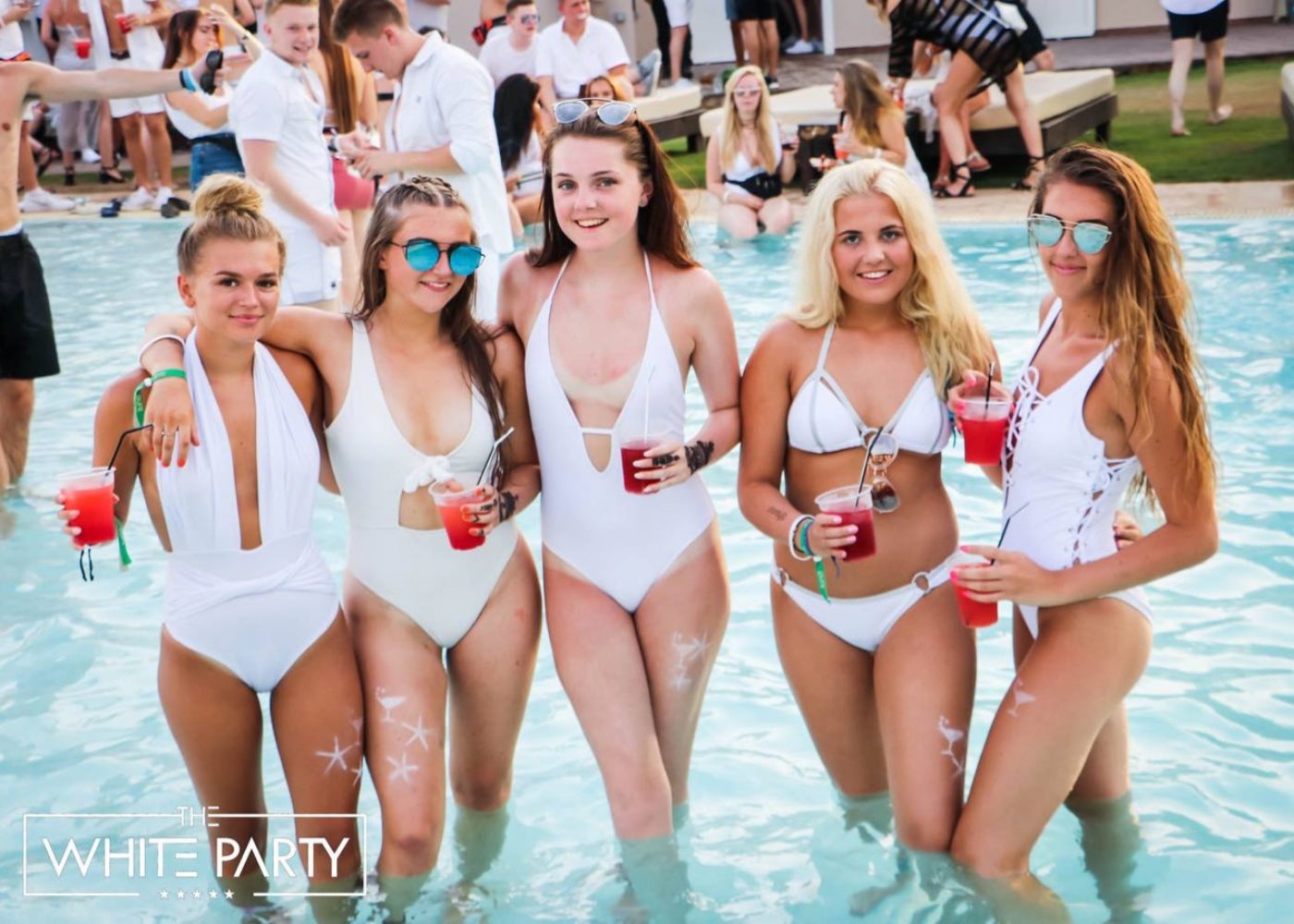 Dress code = White. It’s easy to see why the White Party has been the biggest event in Zante for the last 16 years. Not getting a ticket for this event when you are on the island is like missing your own birthday party, you would have to be stupid.

Expect champagne and strawberries upon arrival, huge international DJs like MK, Camelphat, Hannah Wants, Sonny Fodera and Jaguar Skills on the decks with fire breathers and performance artists making sure the party is popping.

Available exclusively in a commission free package by A-List Zante get to our reservations page and get your tickets boxed off. 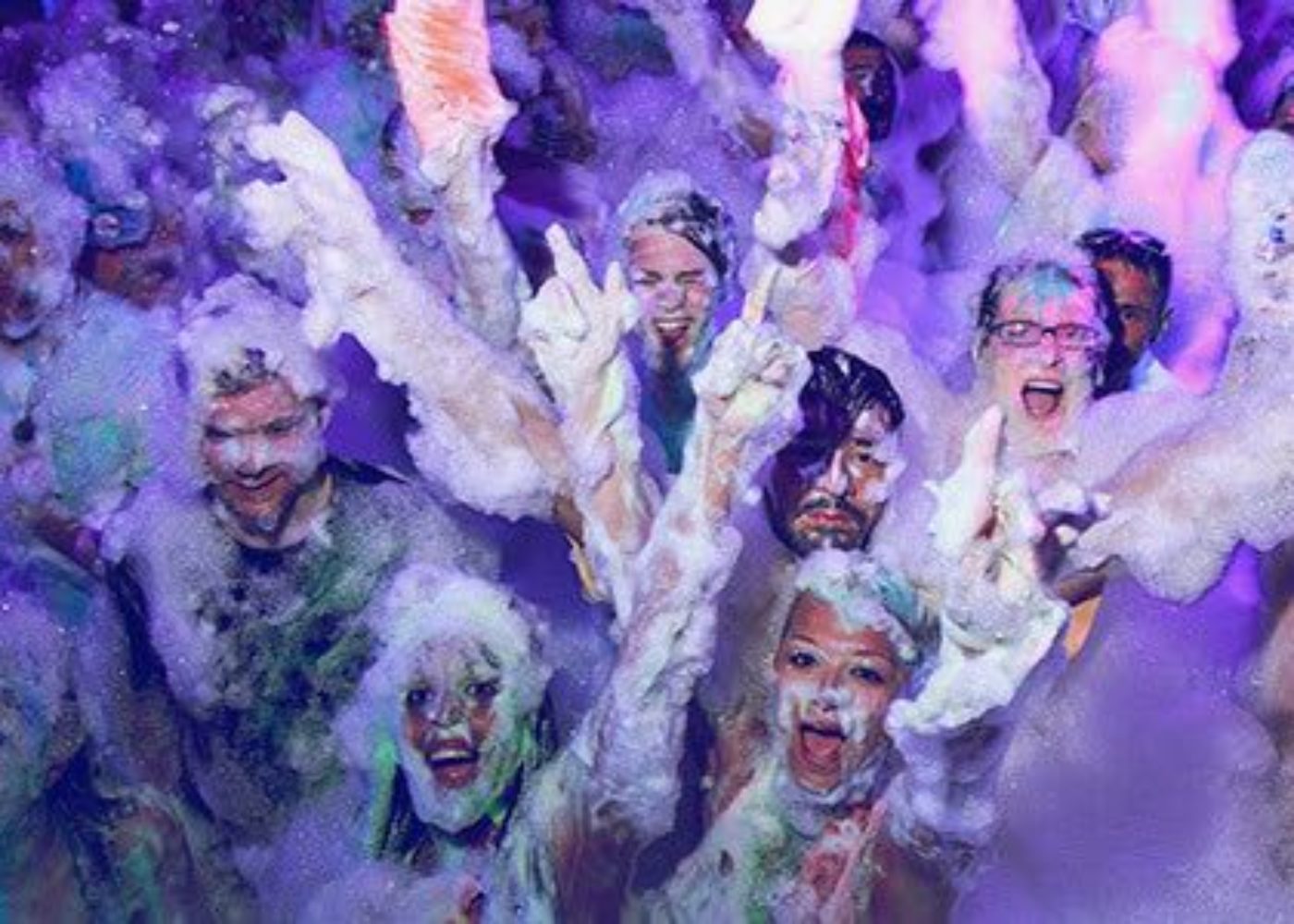 Anything goes when it snows. Foam party’s are good clean fun and everyone wants to experience one on their holiday so these club events are always packed out.

The basic principle is you can go absolutely crazy and no one will really notice as the whole place is like an out of control bubble bath. Tops come off, shoes get lost and you may lose sight of your smaller friends at some points.

Perhaps the most enjoyable part is making yourself a little hat out of the bubbles like you do in the bath. Foam Party tickets in Zante cost 45 euro. You pay around €12 if you book via the A-List Zante package.

The Ultimate Party has many claims to fame. It’s the longest running event in Zante which is quite an achievement and has been sold out every Thursday night since 2004!! Clearly a successful formula in place! That means more Zante tourists have enjoyed this event than any other event!

The Ultimate is also the first event to start every year and the last – running from early May through to the end of September. So if you are in Zante low season this is basically the only event running, which means everyone in resort will be there. Perhaps most importantly the Ultimate Party is surely the messiest event in Zante with the longest free bar available in Laganas – a whopping 3 hours!

Imagine if you will 400 people drinking for 3 hours unlimited in Zante with party games and a wet t-shirt competition…yeah it’s wild! The Ultimate Party is available in our low season package along with the VVIP Yacht Party, The White Party and the Foam Party for a bargain £99 and also comes with a discount wristband which will save you a decent amount of money on the best Zante excursions and at our favourite bars, clubs and restaurants. Jump the queue and reserve by emailing office@vvipeventszante.co.uk with your arrival date and group size or enquire via our reservations page here Zante Event Packages

If you haven’t booked Zante yet and are just researching be sure to join our Zante 2023 newsletter for all DJ Line-ups, discount offers and VIP upgrade hacks.

Avoid sold-out events and save money

Deposits Refundable. VVIP are the ONLY company in Zante who refund.

Collect Tickets Pick up tickets from our office in Zante or we deliver.